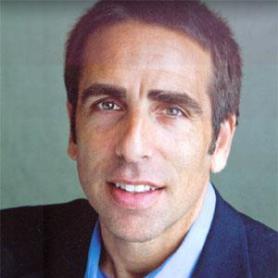 In this episode, National Director of ElderLawAnswers Rebecca Hobbs speaks with Bobby Schindler, brother of Terri Schiavo, who was the subject of one of the nation’s most famous and divisive end-of-life cases. Schindler begins by recounting the events of February 25, 1990, when Terri, 26, suddenly collapsed at her home in St. Petersburg, Florida. Paramedics responded and Terri was admitted to St. Petersburg’s Northside Hospital. She was successfully resuscitated but had sustained brain damage due to lack of oxygen. On a ventilator for the first few weeks, Terri ultimately was taken off mechanical life support and began breathing on her own. In June 1990, Michael Schiavo, Terri’s husband, was appointed her plenary guardian. In May 1998, Michael, through his attorney, filed a Petition to Withdraw Life Support.

Bobby speaks not only about the legal proceedings that gripped the nation, but also tells the story of a family advocating for their loved one, and he speaks from his heart about his sister’s final days.

Bobby says that Terri’s condition was very different from how it was portrayed in the media. He explains that Terri was not in an end-stage medical condition, and that she was not on any life support. The only assistance that Terri required was hydration and nutrition. Bobby contends that if Terri were alive today, she would be able to accompany him to speaking engagements because all she required was a wheelchair.

On February 25, 2005, a judge set a feeding tube removal date of March 18, 2005, and further ordered that Terri not receive hydration or nutrition by mouth. On March 18, 2005, Terri Schiavo’s gastric feeding tube was removed and on March 31, 2005, Terri Schiavo died from severe dehydration. Bobby describes Terri’s final days -- as he watched his sister slowly die from dehydration and starvation -- as unbearable and barbaric.

The Supreme Court of Nebraska finds that a Nebraska district court abused its discretion by entertaining an estate administration issue already pending in Kansas. In Mueller v. Margo Loop (Neb., No. S-21-1030, January 6, 2023).

A roundup of elder law news and practice development articles culled from news sources across the nation during the week of January 24, 2023, to January 30, 2023.