We're sorry, you do not qualify for the 30-day trial because you indicated that you are not an attorney, financial planner or work for a law firm. If this is an error please call us at (866) 267-0947.

If you would like more information on elder law and long-term care planning go to SpecialNeedsAnswers.com.

The SECURE Act’s New IRS Regulations: How Do They Impact Special Needs Planning? 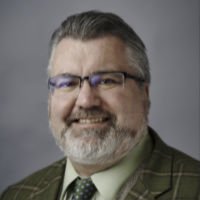 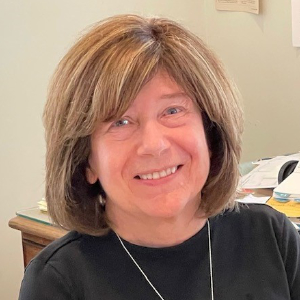 Please join attorney Deborah Tedford for a lively and informative discussion on the recent SECURE Act regulations and how they impact special needs plans. Ms. Tedford recently authored the American College of Trust and Estate Counsel (ACTEC)’s written responses to the IRS’ regulations concerning the impact of SECURE on planning for persons with disabilities. She will focus her discussion on how the SECURE Act impacts planning, what is required for a planner to take advantage of the stretch out available to persons with disabilities, and any limitations that SECURE has for professional planners. This is an up to the date can’t miss webinar on the latest planning strategies for retirement plans.

Register for this webinar:

Deb was elected President of the Connecticut Bar Association, an organization of over 11,000 members, for the year 2002-2003, and previously served as Secretary and Vice President of that organization. She is the past chairman of the Connecticut Bar Association's Estates and Probate Section and also of its Elder Law Section. She was founding editor of the Estates and Probate Newsletter and a past president of the Southeastern Connecticut Estate and Tax Planning Council. She currently is co-Chair of the CBA's annual Federal Tax Institute of New England.

Deb was elected a fellow of the American College of Trust and Estate Counsel (ACTEC) in 1992; was elected as a fellow of the Connecticut Bar Foundation in 1995; and a Fellow of the American Bar Foundation in 2012. She recently served three years as Chair of the Elder Law Committee of ACTEC, is a former Regent of the College and is the current Connecticut State Chair. She is a member of ACTEC's Fiduciary Litigation Committee, the ACTEC/National College of Probate Judges Task Force and has served on a number of other administrative committees for the college. She is a member of the Special Needs Alliance. Deb has been named one of the Top Twenty-Five Women Super Lawyers in Connecticut as well as one of state's top trusts and estates lawyers by Best's.

As part of her service to the Bar and her profession, Deb co-chaired and was the principal author of the Connecticut Bar Association's Report of the Task Force on the Future of the Connecticut Probate System, published in May 2003. She worked for years with colleagues on a Connecticut version of the Uniform Trust Code, successfully passed on June 4, 2019. Deb has testified before Connecticut's Finance Committee on the effects of the estate tax laws in Connecticut and has also testified in favor of special needs trusts for the disabled. She served as ACTEC's observer to the Uniform Law Commission's amended model guardianship and conservatorship laws, and is now observer to the ULC's drafting committee revising the Uniform Health Care Decisions Act. Finally, she serves on ACTEC's SECURE Act Task Force to provide guidance requested by the U.S. Treasury for new regulations on retirement plan payout rules, focusing on Eligible Designated Beneficiaries, AMBTs and disability trusts.

Deb is a frequent speaker at the state and national levels on topics related to the field of trust and estates. She has written several chapters in the book Estate Planning for Modern Families from the Stephen Leimberg Library; and a chapter on Connecticut's new DAPT law in the ABA publication, Domestic Asset Protection Trusts, edited by Alexander Bove, Jr.

Kevin Urbatsch is the National Director for ASNP. He is a Certified Specialist in Estate Planning, Trust, and Probate Law by the California State Bar Board of Legal Specialization. In May 2011, Kevin was presented the NAELA's Presidential Recognition Award for his work in special needs planning. From 2006 to 2009, Kevin was an Attorney-Editor for CEB (the Continuing Education of the Bar) in its estate planning group. He was responsible for the quality of California's legal reference guides to other California estate planning attorneys. Special Needs Planners, a national organization of special needs planning professionals.

The SECURE Act’s New IRS Regulations: How Do They Impact Special Needs Planning?

Your registration was successful

Add this as a calendar event to Google Calendar, Outlook or iCal.

ASNP Webinars are free for Members.